The Punisher is one of the best old-school games ever created. This game was created with bloody violent scenes, where the main character goes wild to punish the sinner. Here the game plot is simple, the main character wanted to get revenge on the criminal which leads him to various missions. Apart from doing all of this mission he had to face many situations. The more he gets close to his goal the bloodier and violet the game became. This is a strategy-based action, stealth, and exploration game where the main character had to punish all criminals within the city.

This game has an awesome storyline based on strategy. The game started in a building where criminals abduct a girl and the main character has to save him. To save her he had followed their leads and interrogates those core criminals and eventually kills them. As the game progressed scenario became violent and he had to kill every one of them. The more the main character gets close to his lead he finds that they have done a lot of bad things which need to be punished.

His mission was to get revenge from them but the plot turns him into a punisher where he had to kill every criminal including their boss. While getting his revenge he gets more lead about others heinous crimes and groups. And eventually, he started to punish all those criminals all by himself.

While getting revenge and punishing those criminals the main character had to approach them. For that, he can directly shoot down them or he can get close to them silently and kill them if he needed. In stealth mode, he can approach the criminal without being get caught. This ability came in handy when there are a lot of goons on the scenery and it is quite dangerous to face them head-to-head. By using stealth mode, he can accomplish his mission by interrogating them or either killing them after getting information that is needed.

This is the best feature of this game. This is an action-based strategy game where the main character had to get revenge on criminals. And for that reason, he needs to find out the mastermind of them. He had to overcome every single chapter by getting led to the mastermind, and in this process, he has to kill everyone. In the process, he needs information from the boss which he can only get by interrogating the core criminals. Where he needs to interrogate or torture them and after that he eventually kills them. Here he used various kinds of guns to go wild. To complete his mission, he had to kill everyone.

Is The Punisher game on Steam?

Yes, this game is one of the best old-school games available. It was based on strategy, action, and exploration. Where the main character went wild to get his revenge and eventually became a punisher for all the criminals.

To download this game first you have to go through the browser and then search for the name. And there are plenty of websites that provide a soft version of this game. And from the following website, you can download it. And after that extract the zip file. After extraction click on setup and play the game. Before starting playing it you have to choose video and audio cards based on your device specs.

How many Punisher games are there?

There is a total of 5 punisher games available. But among them, the punisher is best. Because it has a wonderful storyline, where the main character became the punisher while running after getting his revenge.

Yes, The Punisher is one the best old-school action-based strategy game. This game plot was getting revenge but eventually, he became the punisher while getting hunted by the criminal’s mastermind.

This is one of the best old-school action-based strategy games I ever played. In this game, I was role-playing as a character who wanted to get revenge. For getting his revenge I had to get through different kinds of situations where I had to play using stealth mode where it’s quite dangerous and approach core criminals and interrogate him to get information about the mastermind. And the closer I get to mastermind the wilder gameplay became. But there was an issue with some action scenes and the story was repeating sometimes. And being apart from copying story from the movie there wasn’t any creative plot weren’t added. 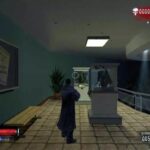 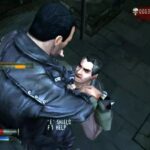 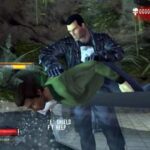 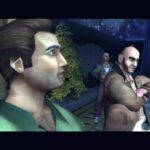