One of the most famous adventure games developed by Westwood Studios is Blade Runner. It was published by Virgin Interactive Entertainment, the video game publishing division of the famous Virgin Group. Among adventure games lovers, this game made an impression which still exists to this day.

The game was published first in 1997. The plot is based in 2019 in California, Los Angeles. The real story was written and published far behind, in 1968. The novella was written by Phillip K. Dick while the film adaptation took place in 1982. In the series, you can see the impact of men’s nature and instincts covered fully, which makes it a hit of all times.

The storyline develops around Ray McCoy, a smart detective who has been assigned to demolish a group of human-like androids. They are called replicants. Who go through various misdeeds to become the group of interest. While the main protagonist of the movie was Rick Deckard, he only guides Ray McCoy through various missions. For your information, many voice actors from the original movie in 1982 can be found in the game as their positions.

The game is basically controlled by the mouse. A point-and-click game that walks through various missions in a third-person perspective. Different roles of the main character is revealed through the pointer’s color –

Grey Pointer: For moving the character through different locations

You can use Roy McCoys’s Standard Police Gun for Shooting. Plus, you will get a Voight-Kamff machine which you can use to find out who the replicants are.

Another important part is the computer mainframe, which is accessible at police headquarters.

Following is a list of minimum requirements you need to play the game on your PC:

Will there be a Blade Runner video game?

The Blade Runner PC Game was developed in 1997 by Westwood Studios and published by Virgin Interactive in the same year.

Is Blade Runner worth playing?

The Blade Runner PC game published in 1997 was one of the classic adventure games still popular to this date. Especially after the remake of the movie took place, the game has been revived again.

How long is the Blade Runner game?

The game was published on 4 CDs. You need around 4 hours to play through. But there are 13 different setups through different stages. If you want to see 13 different conclusions you may need more than just 4 hours.

How many endings are there in Blade Runner?

There are 13 different endings in the Blade Runner PC game.

Is McCoy a Replicant?

There are different theories on both of the claims-McCoy is a Human and McCoy is a Replicant. But while some logics show he is a human, the particular incident on Moonbus shows he is indeed a replicant or their familiar.

Is Blade Runner on Steam?

Blade Runner is soon to be published on Steam although the main game was developed for PC. 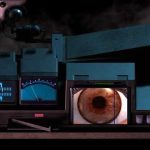 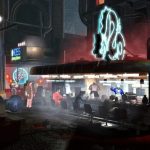 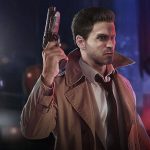 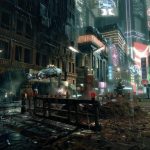