Mustafa Game Download for your Windows 64 bit or 32 bit PC For Free. It is an action arcade game also known as Mustapha Token game. From NearFile you can download this game completely Free.

Mustafa Game or Cadillac and Dinosaurs was one of the most popular games. It was played on token machines with joysticks in past. At that time it was also known as the Mustapha Token game.

This old famous game was first released in Japan in 1993. Capcom is the developer of this game. It is an arcade classic game.

In this game, up to 3 players can play at a time for helping each other. This game has 8 stages. Every stage has a powerful boss who must die to clear that stage and start the one.

There are 4 Heroes in this game. Each of them has there own strength and weakness:

While playing this game, you may find some titular dinosaurs which attack both players and enemies. By moving forward you will find some items in your path which will help you to win this game. Like food, this will increase your health, if it decreases. Weapons will help you to defeat enemies as these have more hit points than the players. You can also throw weapons at enemies which will decrease their health much.

When you were defeated, one of the enemy bosses holds a gun to the player in a first-person view. He stays like that for 20 seconds. If the player doesn’t continue to play the game within this time, the boss fires, and the game overs.

The graphics quality of this game is not so good but as it was developed in 1993 and comparing the games of that time, the game graphics are quite well. It is a 2D game and in past, it is only available for token game machines.

But now you can play it on your PC without any issues.

How to play Mustafa Game on Windows PC

Before you download this game, please check if your PC meets these requirements:

How many players can play Mustafa Game?

In this game, up to 3 players can play at a time for helping each other.

How to play Mustafa game on PC?

Who made Mustafa game?

Capcom is the developer and the publisher of the Mustafa game. They released this game in 1993 for the arcade machine.

How do you play Cadillacs and Dinosaurs on your phone?

You can download and install this game on your Android phone by installing its APK file. You can find this APK file on Google.

What is Cadillac game?

Cadillac game or Cadillac and Dinosaurs game was one of the most popular games in 1994. It is an arcade game created for arcade machines. But now it’s also available for PC.

Who invented Cadillacs and Dinosaurs?

Capcom is the developer and the publisher of the Mustafa game. They released this game in 1993 for the arcade machine.

How do I start Cadillacs and Dinosaurs?

You can start the Cadillacs and Dinosaurs game by inserting coins into a token machine. But if you play on a PC then you can start the game by pressing the 5, 6, or 7 keys.

Cadillac and Dinosaurs Mustafa Game not only got positive reviews from its users but also got love from them. In 1993, this game was the most popular game in Japan. You can play this game on your PC by downloading the files from this page and following the instruction given here.

We had played this game when we were young. We used to go with friends to play this game on the Token machine. But after a long time playing this game on a PC, really made us happy. When we tested this game, we didn’t stop until we have completed all the levels. If you are a new generation gamer then I will recommend you to try this game only one time to know about old times. 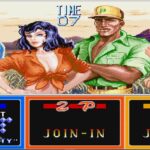 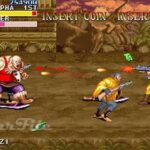 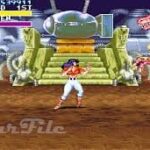