Pokémon Insurgence is a completely new & unofficial game that explores some uncharted territories of the beloved universe. It features a brand-new story, delta monsters, mega evolutions, and many more! So, are you excited to try out this awesome addition to the Pokéverse?

Here is a detailed look at what you’ll get from this non-canon yet refreshing game:

The challenges in the game have been changed severely with the addition of very new items and tasks. If you think it’ll be a breeze to complete the whole game, you might need to think again. The challenges will definitely engross you.

The immersive sound experience will totally make you a fan of this game. The music and sound designer made the sound unique with the feel of predecessors. Thus, giving the players a completely refreshed gameplay experience.

And Many More Features, Such as:

A New Region and Story

As the game is completely developed by Pokémon fans, this Pokémon game gives a very different feel altogether. The main story follows a darker and more mature theme than the other games, which can take you for a ride. Other than that, the introduction of new elements to the game also keeps the Poké lovers on their toes.

You may have already seen mega evolutions of your favorite Pokémons, such as Venusaur, Charizard, Mewtwo. However, this game adds more evolutions to that list. Many unofficial Pokémons are introduced for the very first time on this version. Bisharp, Haxorus, Zoroark are only some of the mega evolved additions.

All the previous games did not include any delta variants of the Pokémons. However, this game opens with three different deltas which are Bulbasaur, Charmander, and Squirtle. How cool is that? The gamers will definitely love this incredible feature. The best part is that they are not the only delta species, there are many more!

The online feature is another cool element of this game. You can talk and communicate with your friends in the game and trade your Pokémons. So, if you have a good internet connection, the game becomes ten times more fun! There are also flag collections for the online free version, which is a nice bonus.

You can surely download and play this Pokémon game with your Windows PC. However, the support for mobile versions has been discontinued. So, your mobile devices can’t run the game.

You can legally download and play the game without any worries. Even copying the game in accordance with the terms and conditions is also legal. So, you don’t have to worry about legal issues.

Do you need an emulator for Pokémon insurgence?

No, you don’t need any other emulator or additional software to run the game. The game is based on RPG Maker XP, which gives you an EXE file to open and play the game.

When was insurgence released?

The preview release was introduced in 2013, where the pilot project ran for 10 months. Then, the final version was released in February 2014 with the support for Windows and Mac.

Is Pokémon insurgence a sequel?

No, this game follows a very new set of characters that are not available in the canon game. So, the players can enjoy some exciting new changes in their beloved Pokéverse.

What is the max level in Pokémon insurgence?

With the completion of different missions and collecting major Pokémon, players can level up. While the max level can go up to 85, players can enjoy the game as long as they want.

Are there GEN 7 Pokémon in insurgence?

Pokémon insurgence is not from the powerhouse studio Nintendo. It’s a fan-made game that follows a very similar story to other Pokémon games. So, you will love this game regardless of whether it’s real or not.

Yes, the game is based on RPG Maker XP and the OG Essentials version. That’s why it supports only computer operating systems such as Windows and Mac.

Does Pokémon insurgence have Fakemon?

As of now, it does not include any Fakemon in the main story. The developers are still yet to decide whether they’ll include those Pokémon or not. So, no confirmed information.

We truly loved this changed version of Pokémon Insurgence. While the game has some minor issues, it’s an overall enjoyable game to have.

If you’re a Pokémon lover, you will absolutely love what other fans like you have created here. So, do check the game out! 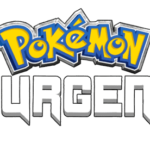 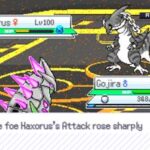 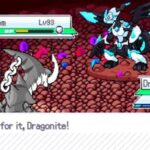 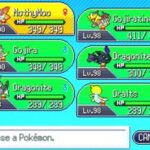