Quick screen capture is not only a screen capture tool but also an image editing tool for Microsoft Windows. You’ll be allowed to capture any part of the screen with just a few clicks. With this app, you can edit, paint the captured image with many useful tools & save the screenshots into JPG/GIF/BMP formats.

If you want to capture your active window or desktop full screen fast & easily, then quick screen capture is the best software for it.

It’s a simple, fast & friendly screen capturing program that you can use for your PC. This program easily takes screenshots from a movie or screen saver while you are watching a movie or running a screen saver on your PC. If you take a screenshot of a web page or a document, then it will capture only the screenshots on the screen.

After taking a screenshot, you can easily edit that image as your own choice by it’s editable programs. There is a huge amount of picture features such as adding objects, specific annotations, customize brightness, fixed contrast, resizing cropping, adding an arrow, clip-art, rotation tools, and more than 40 types of effects.

Yes, It’s totally safe. Screen capturing is naturally not unsafe because it is the only process of desktop movements grabbing and encoding with nothing else to contain potential risk at all.

The Quick Screen capture is an ideal software for basic image capturing and editing needs. It must be helpful for you if you want to capture a full-screen image and edit it as your choice. 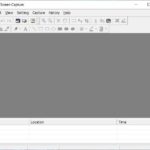 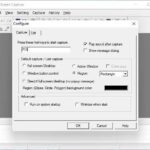 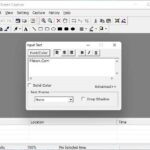 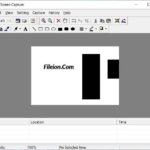 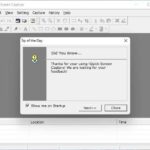