From special moves to sleek animations, this older brother of MK3 offers some of the most incredible gameplay in this genre. After conquering the arcades, Midway, the developers of the game, released it on other platforms such as Nintendo, PlayStation, Xbox, Sega, and Windows.

While the game is surely an upgrade to its older version, there are still some flaws. Minor bugs, reduction of some characters from MK3 are a few of the drawbacks.

Your opponents and the bosses will be harder to beat with the computer-generated and updated AI. So, you have to learn the new techniques to master the levels. Although there are tricks that avail the players to corner the AI opponents easily, it offers a new experience altogether.

The players can play two new modes in this iteration: two-on-two Kombat and 8 Player Tournament. It creates the platform to get immersed into the game more vividly. Apart from these multiplayer modes, the game also introduces a new master difficulty level to make the game more intense.

With this edition, Shao Kahn makes the grand comeback to conquer the Earthrealm. Reviving his dead wife, Sindel, they embark on the conquest to capture all of the living and the dead. The story gets more gripping as you continue.

The enhanced controls deliver the most lethal blows this time around. Fan-favorite characters can now use different combos and action techniques to perform a fatal finisher. While some of the techniques are missing from the previous editions, the fresh additions make up for it.

Windows: Windows 7 and above

The obvious difference can be seen in the animation and logos, but there are more contrasting elements. UMK3 introduces several new characters, moves, and unique codes to unlock Human Smoke.

Who is the best character in Ultimate Mortal Kombat 3?

Many characters can be considered the best because of their abilities and combo moves. Sub-Zero, Sonya Blade, Scorpion, Kitana are some of the fan-favorite characters in the MK franchise.

How do you unlock characters in Mortal Kombat Ultimate?

Almost all of the characters from the previous iterations are able to play without any extra unlock system. However, there are some additional personas to unlock with Ultimate Kombate Kode.

Can I use fatality and animality in UMK3?

You can definitely perform tons of exciting moves and fatal combos in the game, including fatality and animality in the newest version of MK. Both of the moves are available to enjoy from the start.

Coming from the previous editions, UMK3 definitely feels like a proper successor. The game adds more graphic elements, fighting techniques, an incredible storyline, and lores to keep the players enchanted throughout the journey. We can assure you that downloading and playing this game will be worth your time. 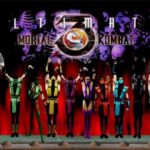 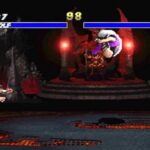 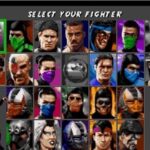