So, it is a collection of different.ASI plugins and scripts which customize the gaming experience.

There are two versions of the Script hook. The base version has .NET Framework support and the other with the addition of Asi Loader and Native Trainer. The installation process is quite simple, with only a few additional software registries.

The plugin library is available for most versions of Windows, starting from Windows 7. Gamers and GTA fans can easily hook their gaming rigs with this software to enjoy a far greater experience with multiple script support and added features.

Modding has got as easy as installing an application. You will get immortality, teleportation, unlimited weapons & cash, a free pass from the police, superpowers, noiselessness, and many more mods that will make your gaming experience smoother as hell! So, why run when you can fly?

Apart from having endless abilities, the trainer adds changeable hotkeys for ease of access. Here are the functions of the keys:

While the online version is still off the book, gamers get to enjoy different customization with Script Hook!

Did you think the modifications only apply to the character redesign and abilities? Well, you have never been so wrong because it also brings subtle yet significant changes to the environment, music playback, weather, time, and much more. So, is there any reason for you not to try it out already?

What does script hook V do?

Essentially, script hook is a native gaming library that modifies some components and attributes of the GTA V game for a more diverse experience.

Has Scripthook V been updated?

It surely has been updated several times over the years because the developers deliver frequent updates. The last update it received was on December 20, 2021.

How do you use script hook V online?

While the gaming mods are groundbreaking on the offline version, unfortunately, it does not work for the online one. It is disabled for multiplayer.

Is Scripthookv required for Lspdfr?

LSPD First Response is the police mod of GTA V, which is different from Scripthookv. So, they are completely independent, and you don’t need one to run another.

Now, you obviously want to know about our experience with the mod, right? All we can say is that among the different mods we tried so far, it belongs on the top-level segment. If it works on your PC, then you will have the adventure of a lifetime. So, don’t wait and enjoy a different type of GTA V now! 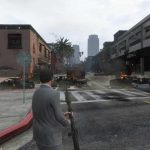 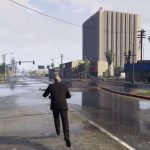 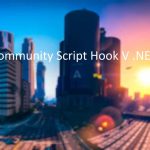