Hotspot Shield VPN is the world’s fastest and safest VPN. Encrypting internet traffic protocol provides security and privacy from hackers and snoopers. It also protects internet sessions from malware and scams or third parties monitoring. When one wants to access any blocked site, a hotspot shield VPN most reliable one. Because it allows you to mask up to your IP address so that you can have access to the site and no one can trace your internet session. Because it uses an encryption method for connection no one can trace or monitor user movement. Hotspot shield makes sure user internet sessions and personal information remain safe while surfing through various sites.

Hotspot shield was determined to provide utmost privacy and security to its user. That’s why its used military-grade encryption in the connection setup. Because of that user’s internet sessions remain safe, also his personal information remains safe and sound. It makes sure user IP remains hidden or faked to the web so that no one can trace or harm the user.

To give customers the best internet experience with the utmost security and privacy hotspot shield VPN used more than 3200 servers across 100 countries. They developed a huge server network so that users can access suitable servers based on their location and have the fastest internet connection with security and privacy from anywhere in the world. Because of their huge server services, one can connect from anywhere in the world. Even one can choose his preferred server connection as he wants.

Hotspot Shield VPN was developed with various features but with a simple interface. So that connection setup could be easy for the user. The interface design was user-friendly because it is so simple that with just a single click you can connect your unsecured connection to a secured one within a few seconds. For that, you just have to click connect to VPN, and the rest o your connection and privacy issues will be solved.

This is one of the amazing features of the apps, where one can check its connection status. Here users can check their internet speed, ping, download, and upload status.

This feature was included so that user experience could increase. Here one can modify many interfaces, start-ups, themes, connections,s, and other various functions. Some functions are

Is Hotspot Shield a good VPN?

Yes, Hotspot Shield VPN was selected fastest and most reliable VPN by OAKLA. It uses an encrypted protocol to provide the utmost security and the fastest internet connection. Because of its encrypted connection user, info and session remain safe and sound.

Yes, but there is also a premium one too. It is free to download but with a free version can surf more than the bandwidth limit. Eventually, one has to lose connection from the session.

What is the latest version of Hotspot Shield?

Does Hotspot Shield work with Netflix?

Yes, other VPNs get banned on Netflix. But with a hotspot shield VPN one can have access to restricted content there.

Is Hotspot Shield a virus?

No, it’s a virtual private network that uses encrypted methods to access private and secured internet sessions. It hides user IP addresses to keep their personal internet session safe from hackers and snoopers.

For at most half an hour. Because in the free version one has a limited connection to the bandwidth of 500 MB. When one reaches the bandwidth limit connection is lost and the session gets blocked.

Hotspot Shield VPN is best when it comes to privacy and security. There were many sites I couldn’t get access to because of regional location, but with the hotspot shield, I was able to get through those sites. Because it comes with more than 3200 servers across the world.

While playing gaming I was not only blocked because of regional issues but there were connection and ping issues too. With hotspot shield VPN I was able to overcome those issues. But with the free version, I couldn’t get all the features. And my session with the free version was quite short. Not only that paid version is quite expensive to use. 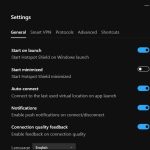 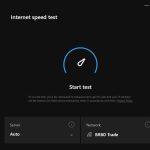 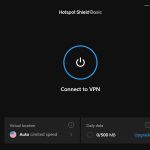 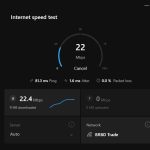 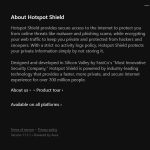