By enhancing OpenGL and DirectX 3D rendering effects it offers the most stunning and vivid images. Stunning images enable one’s gaming performance to reach the next league.

It provides perfect key mapping with a combination of mouse and keyboard which is a sample and convenient. Because of its perfect keymapping, one can easily perform precise and accurate action which leads to better gaming performance.

Because of this wonderful feature, one can use multiple accounts for the same or play multiple games at a time in multiple instances.  This feature saves a lot of time by letting us do multi-tasking at a time like Bluestacks.

Is Memu a virus?

No, it’s now a virus. But it basically depends on the ad plugin to cover up its operating expenses. So mainly that ad caught by the anti-virus software as a virus.

Is Memu safe for pc?

Yes, MEmu doesn’t carry malware or any kind of virus. So it’s absolutely safe to install on your PC. But make sure that you have downloaded it from a trusted website. Because there are many websites available on the internet which may have bundled it with some unwanted software. So beware of them.

Can Memu run on 2GB ram?

Yes, you can run it on a PC that has only 2GB of RAM. Even it can be run on a 1GB RAM PC. But for that, you may need to change some settings of MEmu from the performance section.

Is Bluestacks better than Memu?

No, in terms of performance Bluestacks is slightly better than Memu. But in others, aspects like usability, UI, stability, app management Memu is way better than Bluestacks.

Can Memu run without a graphics card?

Yes, but your PC built must be high. Though it can be run without a graphics card the outcome won’t be as expected. So, you may face some lag and also face FPS drop while playing games.

Which emulators are best for low-end PC?

Menu, though there many it will be the best choice to use. Because minimum requirements to run it is a quite low-end pc type than others emulator.

Yes, it is completely legal to download and install it on your PC. It is an android emulator and every emulator is legal if you don’t use these for illegal actions.

Does Memu take a lot of space?

No, it doesn’t take a lot of space. Only 2GB of space is enough for installing it. But if you download a large file or install large size game in it then it may require more space. It fully depends on how you use it.

MEmu enabled me to enjoy the ultimate gaming experience on my low-end pc configuration. With MEmu’s usability, UI, stability, app management elegant support my gaming experience reached its utmost peak. While using Memu I didn’t have to think about my FPS rate, even my action became more accurate because of its smart control feature. Because of its various kind of features using experience became smooth than before. Even using and utilizing the system is way too easy. With many advantages, it also has a few problems like sometimes it is stuck on loading. 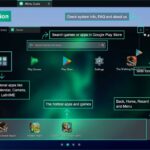 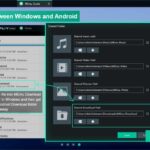 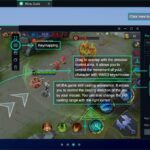 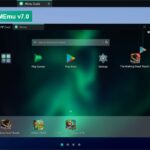